We seem to spend a lot of time looking for bread substitutes on keto, I know it would be best if we just forgot all about bread but sadly its harder than you think it is, but finding a keto bread option that can be used as a wrap  might just have been found.This is from Tom Kerridges book The Dopamine Diet

I made them for the first time the other night to go with some meatballs I had made and didn’t know what to serve them with, I had already used cauliflower mash several times that week and was now out of cauliflower till I had been shopping. In fact the cupboards were pretty bare all round and that’s when I remembered about the book. Its straight forward enough really mix the dry ingredients in a bowl, add the melted butter and then the water, mix and then roll out and cook. They really took no time at all to make while the meatballs were frying and they are very filling.

For 6 flatbreads you will need 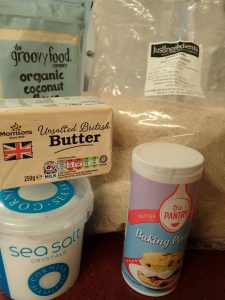 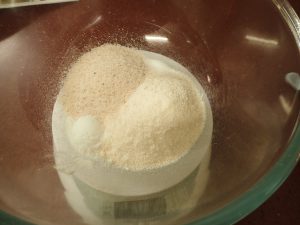 Weigh out butter into a small saucepan or measuring jug that can go on the hob. Stir the dry ingredients to combine them thoroughly. 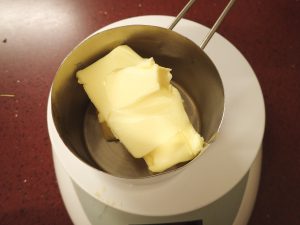 I’ve got a metal cup measure that I can use on the hob that is also suitable for the boiling water, because of its small size I put an old wire rack on top of the hop to stop the measure falling through the hob holder. When the butter has melted keep cooking it and it will turn brown after a minute or two. This is known as brown butter and will provide much needed flavour to the end bread. 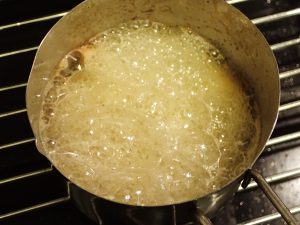 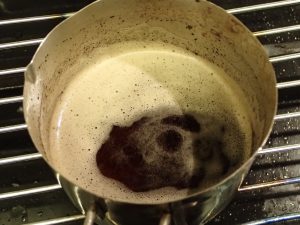 Pour the butter onto the dry ingredients and stir to mix 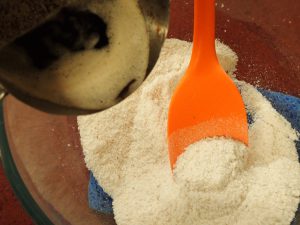 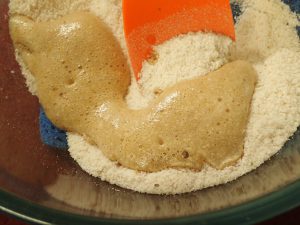 It will start to fizz and expand due to the psyllium husk and baking powder. Refill the measure with 250ml  of water from the boiling kettle slowly pour 250 (1 cup) of boiling water into the bowl 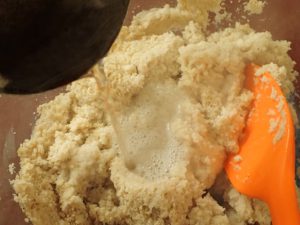 Keep mixing with the spatula until it forms a dough in the bottom of the bowl. 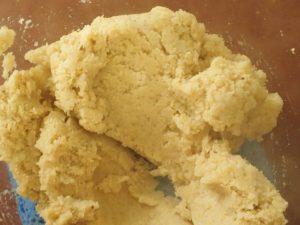 Take 1/6 of the dough and place on a sheet of parchment to avoid it sticking to the worktop or needing any extra flour, this makes it easier to roll out and allows you to get a thinner flatbread. 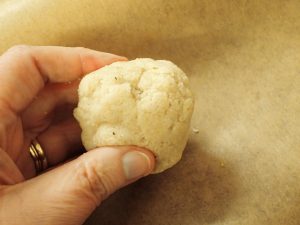 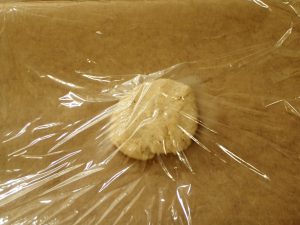 Cover the ball of dough with another sheet of parchment or cling film and roll it out thinly. Using the film in this way alows you to make and stack the flatbreads before cooking them. 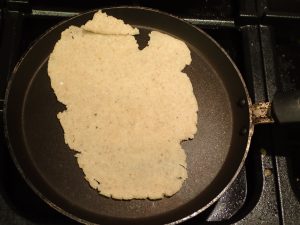 Heat up a frying pan and when hot place the flatbread onto the pan,I have a non stick pan and didn’t need any more oil and I would sugesst to do without oil if you can. Its quite well behaved and you should be able to peel it away from the cling film. The texture at this point reminded me of playdoh. 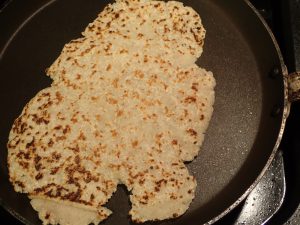 Cook for a couple of minutes each side,They do puff up a little bit and burn quickly if left alone.  They are best served as fresh as possible as soon as they are cooked. I did not try and freeze them either raw or cooked but as there was too much for the two of us and are very filling next time I might freeze the raw mix.The following day they had gone a bit rubbery and not as nice.

My verdict : possibly the easiest and best keto bread recipe that tastes like you think it should. If I was having it with a curry I would be tempted to add some spices to it as it’s a bit bland.